A soft and thin sponge cake rolled up into a layer of nutella.

The Swiss roll originated from central Europe even though the name suggests that it originated from Switzerland. The British also have a similar recipe Roly Poly made up suet pudding. I found this simple recipe from the Italian website Giallo Zaffareno.

Preheat the oven to 200 degrees.  To prepare the thin sponge start by carefully separating the egg whites from the egg yolks.   In a mixing bowl beat the egg yolks slowly while slowly adding 90 grams of sugar , the honey and teaspone of vanilla.  Beat the ingredients for about 10 minutes, or until their colour become light and creamy. 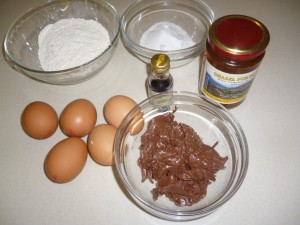 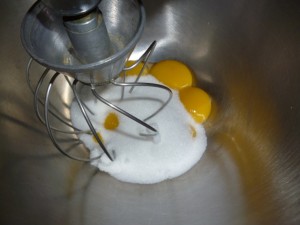 In a separate bowl beat the egg whites with the rest of sugar to form soft peaks.  Using a spatula fold the yolk mixture with the egg white mixture, do not over stir so not to dismount the peaks. 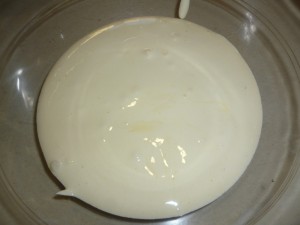 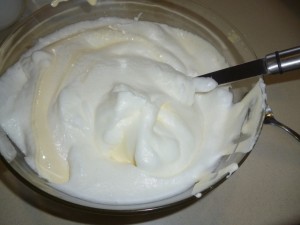 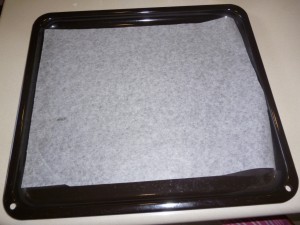 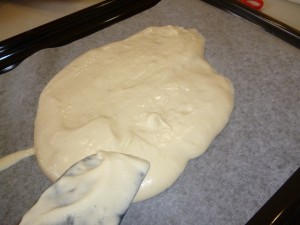 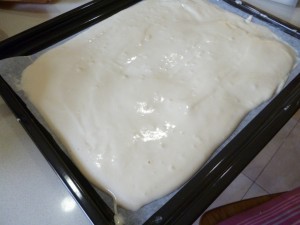 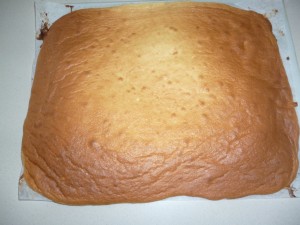 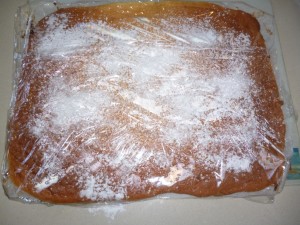 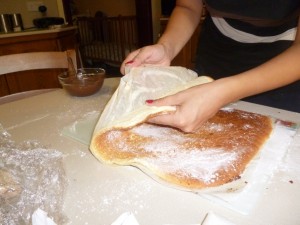 For this recipe I used nutella, you can use any chocolate spread.  I slightly heated the nutella to be more manageable.  Spread the nutella on top of of the sponge to cover it up leave at least 2 cm from the edges.  Slowly start to roll the sponge from the shorter edge.  Cut the edges to have a sharp finish. 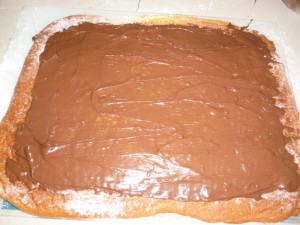 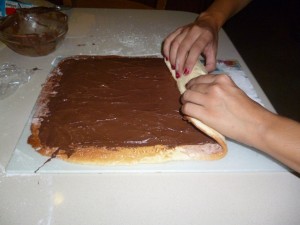 Wrap the rolled sponge in a foil sheet as if you have a large foil toffee.  Place it in the fridge for at least 1 hour.  The swiss roll is served by slicing the roll into 2 cm thick pieces. 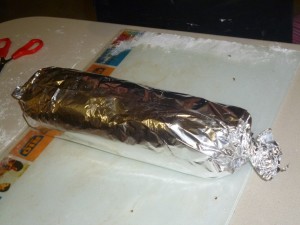 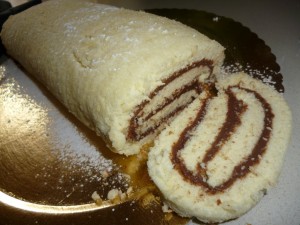 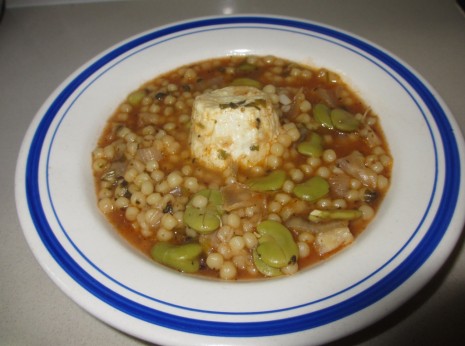 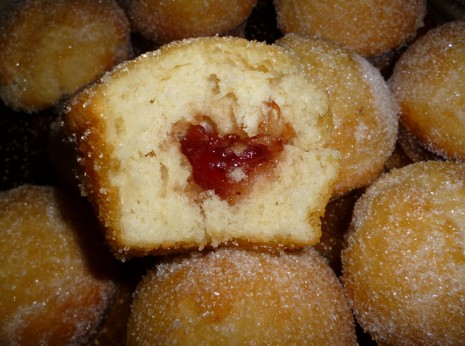